What Is Vedic Astrology? 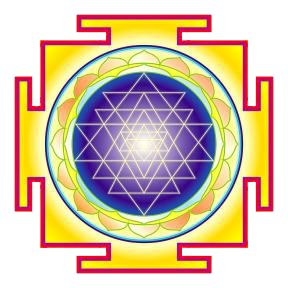 Astrology has played an important role in every major culture and civilization since the beginning of recorded history. Since ancient times, there has been a universal quest to discover a deeper relationship between the movement of heavenly bodies, and the apparently random and disparate events upon this earth.

The Vedic system of astrology originated in India over 6,000 years ago. In recent times, research scholars have presented evidence that Vedic astrology might be much older--perhaps over 25,000 year old. This system of astrology is sometimes called "Indian" or "Hindu" astrology, but it is more popularly called Vedic Astrology because of its close association with the Vedas, the most ancient spiritual texts of India. Since the teachings contained in the Vedas are the basis for the religious beliefs and practices of the majority of people on the Indian subcontinent, it is not surprising that Vedic Astrology has an intricate connection with these same spiritual teachings. Hence, Vedic Astrology is studied and practiced in harmony and in association with the study of Yoga, Vedanta, Ayurveda, Vastu, and other Vedic sciences.

Vedic Astrology, also known as Jyotisha (the Science of Light) in the ancient Sanskrit language of India, has six main branches: Astronomy, Astronomical Mathematics, Interpretation of Birth Charts, Mundane Predictions, Auspicious Timings, and Predictions from the Chart of the Moment. Interpretation of Omens and Palmistry was also studied in conjunction with predictive astrology. In ancient times, it was the custom to study all six branches of Jyotisha.

In modern times, especially in the Western countries, the most popular form of astrology is the interpretation of individual birth charts. After studying the map of the heavens at the time of a person's birth, a skillful astrologer can discern the major patterns of influence in a person's life, principal character traits, and make accurate predictions about future events.

In Vedic Astrology, there are many advanced, technical calculations used to refine the predictive process. These calculations are not known or used by Western astrologers. Some of these calculations are based upon astronomical relationships between planets, and others are more esoteric and mysterious in their origin. For example, there is a 120-year timetable, based upon the exact birth time, which is used with transits for making acccurate predictions about future events. There is also the extensive use of harmonic charts, solar return charts, and other advanced systems of analyzing astronomical data.

Many astrologers who have studied different systems of astrology believe that the Vedic system provides the greatest accuracy not only in describing a person's karma and life path, but more importantly, in accurately predicting the future. We can know our future to a certain extent, because it is determined by the interaction of past tendencies and present day choices. The competent Vedic astrologer can identify and measure the strength of these various tendencies, advise you concerning your best present-day choices, and then use his experience, good judgment, and intuition to make accurate predictions about the future. A glimpse of your future possibilities can be of invaluable assistance in making decisions for work and business, as well as in personal life.

Because Vedic Astrology is based upon the Sidereal Zodiac, there is a considerable difference between the Vedic birth chart and the birth chart calculated by Western astrologers, who use the Tropical Zodiac. If you examine your Vedic birth chart for the first time and compare it with your Western birth chart, you will notice that the planets will appear earlier by approximately 22 to 23 degrees, and in many cases the planets will be located in the previous zodiac sign.

You may wonder how these two very different systems of astrology can be reconciled. You are the same person, with the same personal characteristics and the same life lessons to work out, regardless of what system of astrology is used. If you will allow yourself the mental freedom to investigate Vedic Astrology with an open mind, you may well discover that it is an even more useful tool for understanding yourself, your karmas, and your potential future. Astrology which is based upon the Sidereal Zodiac has been the principal form of astrology used by the majority of civilizations around in the world, since the beginning of recorded history. This is the world's true "traditional" astrology, which has been established and proven by countless astrologers for thousands of years, currently utilized by over a billion people in South Asia, and which is now becoming prominent in the Western countries. If you try it, you might like it!

What can you expect from studying Vedic Astrology, or from a personal consultation? Vedic Astrology can provide us with profound insights into our character--our strengths, our weaknesses, our innate desires and our capacity to fulfill them. It can indicate the most natural and direct path for our spiritual evolution, happiness, and well-being. It is an indispensible tool for achieving what the Vedas proclaim as the fourfold goals of human existence: Dharma (Life Purpose), Artha (Prosperity), Kama (Pleasure), and Moksha (Spiritual Liberation).

I invite you explore the intricacies of your life through the lens of Vedic Astrology, by having a personal consultation with me. I think you will greatly appreciate what it has to offer.

With best wishes for your happiness and personal growth,