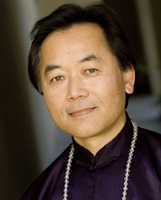 For many people, the identification of their true Life Purpose is a burning desire, a desire which fuels their quest for Self-Knowledge and the pursuit of various spiritual teachings and processes for personal growth and self-improvement.

To know one's Self has been the admonition of the ages, the recurring advice of ancient sages, and the perennial goal of the seeker of inner Truth.

There are many ways to know oneself, many paths, many teachings. One way, which has not only survived the test of time, but thrived amidst its rivals and adversaries, is the science of Vedic Astrology, called Jyotisha ("the Light of God)" in the ancient Sanskrit language of India.

In ancient India, religion, culture, science, the fine arts, medicine, politics and even the art of warfare were all interwined, and together formed one seamless body of knowledge. The common thread binding and supporting these apparently different facets of life was the spiritual teachings of the Vedas, which are perhaps the world's oldest writings.

The word "Veda" means "knowledge", and because spiritual knowledge is universal in nature, the compilers of the Vedic hymns and teachings chose to remain anonymous, and did not make claims to be the exclusive channels or sources of this truth.

The spiritual origin of the Vedas, and its persuasive influence in the sub-contient of India, has resulted in the astrology of India, or Jyotisha, having a very strong spiritual and wholistic context. Thus there is a very strong connection between Vedic Astrology and Ayurveda, Yoga, Vedanta philosophy, and other facets of Vedic culture.

As a tool for understanding ourselves at a psychological level, Vedic Astrology has few peers, for it is based upon not only the empirical associations drawn from thousands of years of analysis of astronomical data, but also upon the inspiration and insights of the foremost Vedic seers, Yogis, philosophers, spiritual teachers and healers.

As a paradigm for forecasting and understanding events from the past, present and future, Vedic Astrology has no peer. There is no occult science or esoteric teaching that I know of, which can match Vedic Astrology for its accuracy, depth, breadth, and psycho-spiritual complexity. It is perhaps the realization of the ideal blend of science, religion, psychology, metaphysics, and esoteric studies.

Vedic Astrology has some similarities with other systems of astrology, but it also has many unique principles, calculations and interpretative techniques which are not found in any other form of astrology. Archaeological research and historical records indicate that Vedic Astrology has been in existence for over 6,000 years, but according to the oral tradition of India, it has been in use for much longer.

An indication of its validity is that, despite the pervasive influence of modern Western culture, it remains the astrology system of choice for over 1 billion people in south Asia, and has survived the onslaught of centuries of cultural imperialism brought about by the invasion, military conquest and occupation of India by the British Empire.

Furthermore, we now find many Western astrologers who are beginning to study and practice Vedic Astrology, due to its proven history and reputation for being an excellent tool for forecasting future events, as well as for transpersonal psychological and spiritual insight.

I encourage you to read a book on Vedic Astrology, attend a lecture or seminar, or have a personal consultation with an experienced Vedic Astrologer. You may be very surprised with the numerous correlations you discover between your Vedic birth chart and your actual life experience. You may discover a map or mandala which reveals the secret blueprint of your life--a life which has been invisibly shaped and molded by planetary and celestial forces hitherto unknown to you.

Through the study of Vedic Astrology, you may discover your real Life Purpose, a very specific and unique purpose which is an integral component of a greater cosmic blueprint and Divine Plan. Perhaps there would be no greater experience of personal fulfillment than to know your Life Purpose and to be able to live it fully.